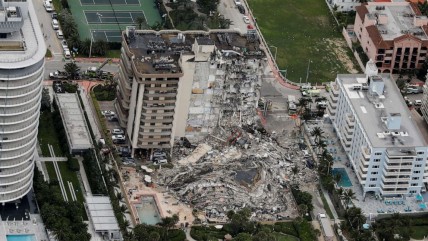 On June 24, the Champlain Towers South condominium complex in Miami Beach, Florida, collapsed. The death toll so far is 28. (Editor’s note: the death toll is currently 97.) It is expected to rise significantly.

On the face of it, it seems like an isolated tragedy. An under-strength, under-inspected, unassuming building thrust into the international spotlight when it so catastrophically failed. Preliminary inspections of the rubble in Miami suggested that the structural elements of the apartment block lacked adequate steel reinforcement and that this shortcoming may have contributed to its collapse.

There are echoes of such a tragedy in New Zealand. In February 2011, during the devastating 6.2-magnitude earthquake that hit Christchurch, the Canterbury Television (CTV) building collapsed, killing 115 people.