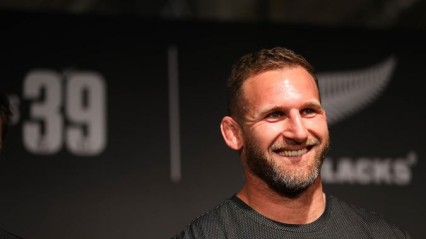 The NZIOB Charitable Education Trust’s annual rugby-themed fundraising event is confirmed for Friday, 15 July at Shed 5 in Wellington. The guest speaker for this year is former All Black Captain, Kieran Read.

A dominant player across the field and a master of the role of the modern number 8, former All Blacks Captain Kieran Read turned in consistently outstanding performances on the field, complemented by his leadership skills and professionalism. Read became the 66th All Blacks captain when he led the team against Italy at Rome’s Olympic Stadium in 2012 and captained the side more than 30 times. Read’s 19 consecutive wins as All Blacks captain between 2012 and 2016, is a world record. The third Test match against the British & Irish Lions in 2017 saw Read become the All Blacks’ seventh Test centurion.

The proceeds of this event go towards supporting the objectives of the NZIOB Charitable Education Trust which are: