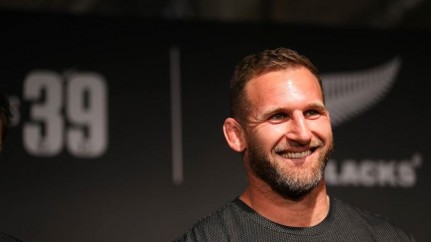 In keeping with tradition, after a brief COVID-related hiatus, the NZIOB Charitable Education Trust will be holding its annual rugby-themed fundraising event in Wellington on Friday 27 August, the day before the Wallabies play the All Blacks at SKY Stadium. The guest speaker for the event has been confirmed as All Black legend, Kieran Reid.

The 2013 World Player of the Year and double RWC winner, Kieran played in national schools and age-grade teams before making his provincial debut for Canterbury in 2006, and then Super Rugby with the Crusaders and the Junior All Blacks in 2007. He became the 66th All Blacks captain when he led the team against Italy at Rome's Olympic Stadium in 2012 and captained the side more than 30 times. The 19 consecutive wins he achieved as captain is an All Blacks record.

A launch of the NZIOB Charitable Education Trust’s awards programme will occur across the second half of 2021.

Ticket sales for the Rugby Lunch will open soon, in the meantime, save the date and stay connected for updates.