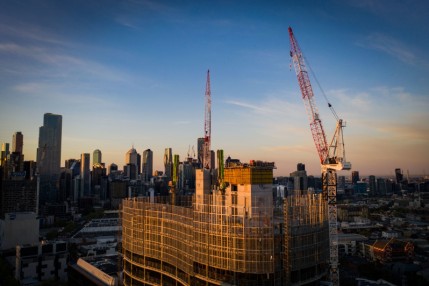 Melbourne’s building industry is set to reopen on Tuesday after a two-week hiatus, despite a growing COVID-19 outbreak at the construction union headquarters. The cluster has infected four CFMEU officials and forced hundreds of people into self-isolation.

A vaccine mandate for construction workers, a key factor behind last week’s violent protests that are believed to have sparked the union office outbreak, has not been removed and proof of having received at least one dose will be a prerequisite for entry at worksites – though the method of enforcement remains unclear.

Construction sites will return to at least 25 percent capacity, or slightly more, two weeks after the sector, which employs 320,000 people, was closed.

The shutdown came on the back of rising case numbers and non-compliance with regulations, particularly among small and medium-sized builders. It sparked several days of protests across Melbourne that led to takeovers of the West Gate Bridge and Shrine of Remembrance.