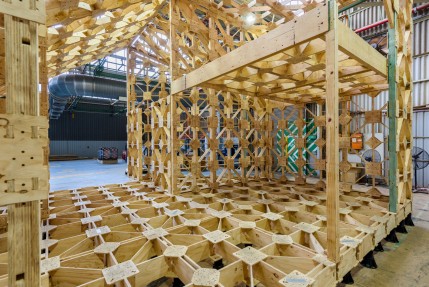 XFrame is a construction technology company creating wall framing systems that can be easily adapted, deconstructed, and reused as a building’s needs change over time. XFrame is a commercial spin-out company from Victoria University of Wellington, which is led by Ged Finch, who developed the XFrame concept as his research project for a Master of Building Science degree. In 2017, Ged’s research proposal received funding from the NZIOB Charitable Education Trust to validate the initial concept, which is now used in commercial applications.

The system is designed around a standardised 1200mm module and uses up to 20% less material than conventional stick framing. XFrame has been designed in response to the building sector's waste problem which makes up half of all New Zealand’s waste. XFrame has been deployed in multiple interior fit-outs and load-bearing use cases across New Zealand and Australia.

In this webinar, Ged will share insights into the development and commercialisation of a new timber framing technology. The webinar will discuss the need for new building systems that reduce waste and illustrate the prototyping process undertaken by XFrame to develop the system.

Find out more and register to attend