Register to attend the National Student Awards Regional Ceremonies which are being held this month. These events are free to attend and provide valuable networking opportunities while celebrating the achievements of NZIOB’s student members.

Judging & Prizes
Stage One – Regional: The first stage of the NZIOB National Student Awards is assessed by regional judging groups, who evaluate nominations and award a $500 cash prize to the top student in each of the four categories: Design, Engineering, Management and Trades.

Stage Two – National: The winners of each category at the Regional Awards progress to the National Awards, where the nominees are assessed by a new national judging group. The national winner of each of the four categories is invited to attend the NZIOB’s annual New Zealand Building Industry Awards Ceremony & Gala Dinner at the Cordis Hotel in Auckland, and the Supreme Winner of the NZIOB National Student Awards will be announced at the Gala Dinner.

The NZIOB acknowledges the generosity of our National Student Awards Supporting Partner, Resene. 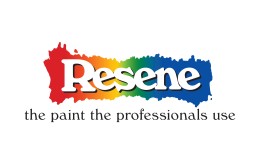